You are here:
Experimenting in innovation 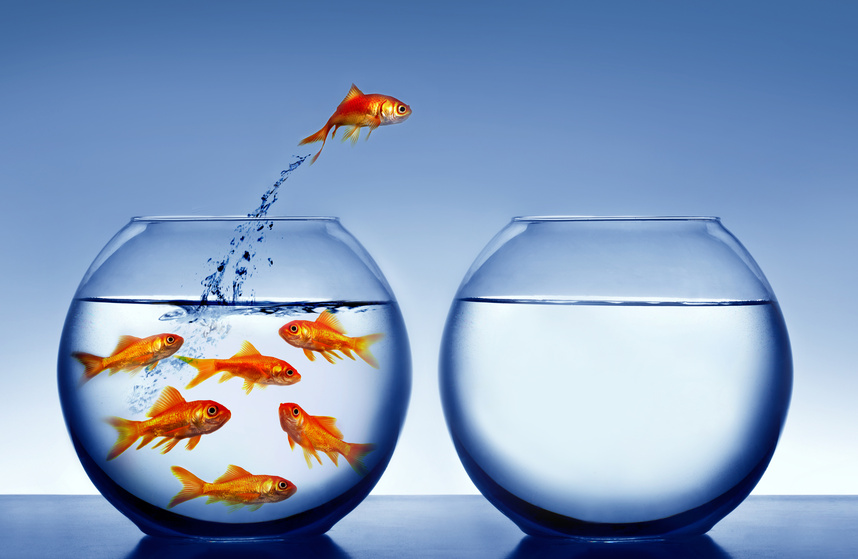 By Phil Owens in behaviour, change, innovation
4 weeks ago
4 weeks ago 0 0 96

Darwin said it best “Its not the strongest or smartest that survive, it is those most able to adapt”.  When the only constant is change, then the ability to adapt is critical to getting unstuck and adapting to the next ‘normal’.

Whether it is as an individual or as a business, we all get stuck in our current status quos and it takes effort to shift to better ways of doing things that make us more successful – even if that is just being able to cope.

This process of adapting and getting unstuck requires that we do something differently – we have to innovate either what we do or how we do it to allow us to shift to a new, better baseline.

The process of innovation is messy – it is rarely a straight line as effort to change involves trying new things, stepping into the unknown, learning, fine tuning, back tracking and even starting again when idea for doing better simply don’t work out.  If we knew the right way to do It before we started innovating, we could simply get on an do it,  However, in life we don’t get that advantage.  We have to step into the unknown and experiment to see what works. Even a great idea often needs development, iteration and modification as it goes through the innovation process before a final product or process emerges. Most ideas don’t always work out on the first try: as Thomas Edison was quoted as saying “I did not fail 1000 times, I discovered 999 ways to not make a light bulb”.

The role of experimentation in innovation is critical – it allows low effort, low cost (in terms of resources) testing, from which things can be learned and positive developments integrated upon and improved. When we implement change without experimentation all we get is often just a huge leap into the unknown, is enforced change with no buy in and often what starts out looking like a ‘good idea’ fails to deliver on the promise but is expensive to implement. Experimentation provides small steps that allow higher quality innovations to evolve.

Why is innovation so hard?

When we are stuck in our status quo, change can seem hard – this is especially true because people crave certainty and don’t like putting in effort to things which seem to have no logical benefit.

When the innovation is needed in an organisation, it is a complex mix of human nature across a range of people that make up that organisation, as well as the deep gravity wells of organisational status quo impacted by control systems and limitation of resources.

Experimentation is therefore the key to successful innovation – but the people need to have the resources, capability and capacity to experiment before they can successfully innovate.

For example, in highly “lean” organisations, so much effort can be put into ensuring every resource is maximally utilised that there are a lack of resources free to be used in the ‘messy’ process that is experimentation.  Resources like time, physical resources, financial resources and (perhaps most importantly) mental bandwidth are all required to be ‘free’ to allow experimentation to occur.

Even with the resources, people cannot innovate if the system they are in makes it impossible. People need the support to be OK not having ‘perfect’ success and having messy failures that only deliver learning. If people don’t have the space and capacity to experiment, then innovation will not occur.

Innovation also requires the personal capability to think and act in ways outside of the norm to create the direction and space for experimentation to occur. If this is not encouraged and trained, people will prefer the comfort of staying stuck than taking risks to change.

Experimentation is only the start

After the messy play of experimentation, the journey to getting unstuck only now begins – the innovation has to make it into routine use by shifting from conscious novelty to unconscious routine. In other words, the old habit has to be broken and a new habit or response adopted as standard.

In individuals, this happens in the context of the system – a change a person makes might have impact upon the relationships that the person has. For example, a person that gives up smoking has to stop catching up with the smokers group on the fire escape at morning coffee time. This creates competing forces that can work against change as the system seeks to maintain its own status quo in the face of the individual desire to change.

In an organisation, you not only have the personal system to overcome, you also have to overcome the pervasive culture and processes already in place. Politics and power structures can dampen innovation – even when it is desperately needed. The ‘not invented here’ syndrome often arises when managers fear losing control.

If you are stuck and need to change it is time to experiment and innovate.

Where are you stuck?

If it is time to innovate what you do or how you do it, then I invite you to experiment. If you would like to understand this more deeply you can read about it in my book “Mastering the Change Curve” (available here). Or else get powerful support with an Unstuck coaching session – contact me now.